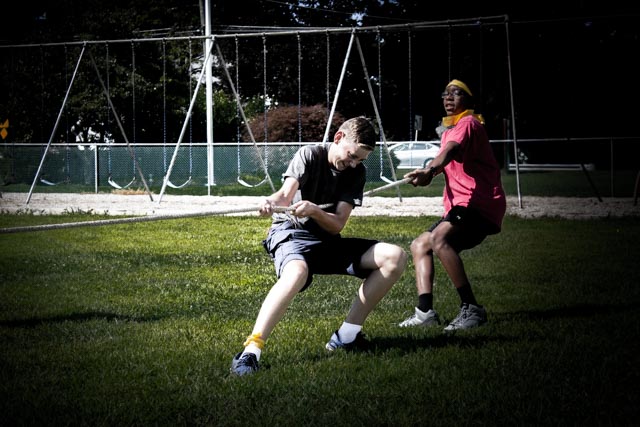 At the end of the twentieth century an important emphasis was made for churches to disciple their converts. Salvation is just the first step. Discipleship was greatly needed and many workshops, seminars, articles and books were provided to help meet this need. The Great Commission in Matthew 28:19 mandates that we make disciples of all nations. However, after looking back on the results there were weaknesses in many of the plans. If the program did not result in producing faithful servants it must be confronted and dealt with accordingly.

Two of the most obvious shortcomings were:

1. Approaching discipleship as a doctrinal course. Basic Bible doctrines are essential for every new believer. We cannot underestimate the value of learning the truths of the Word of God. However learning the Scripture alone does not produce disciples.

2. Attempting to make disciples through the means of fellowship. Fellowship is important and it will help new people to make friends and feel more comfortable in a new church environment. However, fellowship comes short of the Bible description of discipleship.

Consider the first century church and the following nineteen centuries. How were new believers discipled then? How were new converts discipled even fifty years ago before much of the new discipleship material was developed? In previous centuries believers were faithful to church services and from the scheduled Bible studies and involvement in the outreach of the church it was enough to strengthen every serious believer. They were discipled without a single discipleship course simply through their involvement and activity in their local church.

We live in a different day and with it come many unique challenges. I still believe that if a new believer would immediately become faithful to every church service and get involved in a outreach ministry they would develop into a strong mature Christian. But people’s busy schedules many times conflict with the church and often people never get grounded as a result. A ten week Bible course will be helpful and taking someone out to eat or over for dinner will prove to be a blessing but there must be more to true discipleship.

There are certain steps to becoming a disciple of Jesus Christ. First, they must be saved. The in-working of the Holy Spirit begins at salvation and growth is impossible without Him. Secondly, people need to be taught. Through Sunday School and the people can learn the basic truths of the Bible necessary to be a disciple. In addition, a one on one Bible study can be very helpful. Thirdly, when people see another godly example of true discipleship they are encouraged to follow their pattern. “Be ye followers of me, even as I also am of Christ.” — 1 Corinthians 11:1. Parents, teachers, pastors and friends can all play an important role in the maturing process. Christians should set a standard of faith and practice by living a spirit filled life. Fourthly, correction plays an important role in the maturing of every Christian. Until believers face persecution and trials they will probably remain weak.  “Now no chastening for the present seemeth to be joyous, but grievous: nevertheless afterward it yieldeth the peaceable fruit of righteousness unto them which are exercised thereby” — Hebrews 12:11.  Ultimately discipleship comes down to personal responsibility. You can’t make anyone follow Christ; you can only point them to Christ. They must develop the desire to grow in grace and without it all effort is in vain. “So then every one of us shall give account of himself to God.”  — Romans 14:12. New believers must be discipled but remember there is no such thing as the completion of a single course developing strong believers. When a Christian looks back he is no more worthy to be called a disciple.